The Treasure Valley Partnership is a nonprofit 501-C-3 member organization consisting of a representative of the County Commissioners and the City Mayors in Ada, Canyon and Owyhee Counties.

The Partnership was founded in 1997 under the recognition that the municipal jurisdictions needed to work together to proactively manage the growth occurring in the Treasure Valley. Since that time, the organization has served as a tool for the jurisdictions to proactively work together to not only address land use issues related to growth, but to address issues affecting the quality of life for the citizenry of the valley. 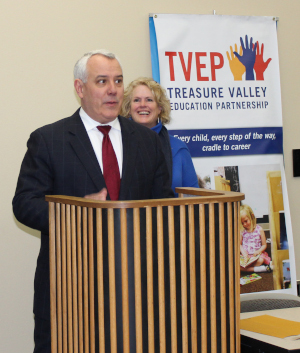 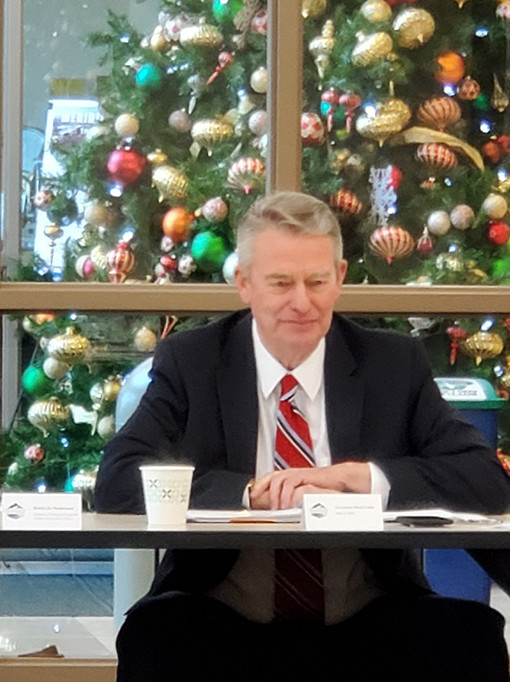 The Treasure Valley Partnership meets on a monthly basis and member jurisdictions take turns hosting the meeting. These monthly meetings provide a forum where members can...

Meetings are traditionally held the last Monday of the month from 11:00 am – 1:00 pm unless noted below.

*Changed from 4th Monday due to conflict with BMCC Leadership Conference

**Changed from 4th Monday due to conflict with Memorial Day.

***Date changed due to conflict with COMPASS Christmas Luncheon

From time to time an issue arises where Treasure Valley Partnership members choose to collectively undertake an effort. These collective actions take many forms.

• Projects. These are collaborative long-term efforts to design and deliver various activities to address a concern. The SAUSA Program represents the shining star of the Partnership project related activities.

• Ordinances. Municipal ordinances are often shared and occasionally, collaboratively developed as a means to address an issue affecting the Treasure Valley. The one ordinance worked on as an activity of the Partnership that all members will agree was the most effective was a Pseudoephedrine Ordinance.

• Proclamations/Resolutions. Social causes and efforts to increase awareness about issues are often collectively taken by the Partnership and its members. These public actions serve the purpose of increasing awareness of an issue like veteran suicide rates or distracted driving.

Because of the rapid growth in the 1990’s, in 1997, the Mayor of Boise, Brent Coles, realized that if something wasn’t done to proactively manage the number of people and jobs flowing into the region, the communities of the Treasure Valley would lose their character and many of the traditional western ways. He organized a two-day meeting called the “Treasure Valley Institute” to see what the other mayors and commissioners were thinking.

After two days of listening to national speakers talk about the economics of growth, city planning, urban design and transportation, the elected officials realized they had more in common than they thought. They knew their citizens wanted good recreational opportunities, good job opportunities, housing and a quiet, “small-town” feel to their communities. They wanted to provide these without sacrificing the traditional agricultural base that has supported the area for many years.

After the two day meeting, a document was signed, called the “Treasure Valley Partnership Agreement” in which all members of the meeting agreed to work together on four areas and to meet monthly to keep communication open and learn more about how to be proactive and use the area’s growth in a beneficial manner.

In 1998, the Partnership formed a 501-C-3 non-profit organization. The organization is funded by annual dues of the member jurisdictions.

The nine founding member jurisdictions in 1997 consisted of: