An ongoing program to federally prosecute gang-related, gun and drug crime in the Treasure Valley.

In the fall of 2005, Mayor’s Tom Dale-Nampa, Garret Nancolas-Caldwell and Dave Bieter-Boise met with Idaho Governor Dirk Kempthorne and then U.S. Attorney for Idaho, Tom Moss to discuss the rising number of incidents of drive-by shootings and other violent gang-related crimes occurring in the Treasure Valley. The idea of creating a SAUSA was originally proposed during this meeting. SAUSA stands for Special Assistant US Attorney.

Tom Moss was invited to the November 2005 meeting of the Treasure Valley Partnership where he described the SAUSA Program of the U.S. Attorney’s Office as a potential solution to local gang-related criminal activity. Under the program, they could indict and sentence gang related gun, drug and RICOH crimes under the Federal system.

Under the Federal system:

The SAUSA had to be someone qualified as, and work as, a county prosecutor in order to work in the Federal System. There were many hurdles to overcome regarding liability insurance and other related matters. Owyhee County stepped to the plate to get this demonstration project off the ground. Subsequently, Canyon County has been the host entity. 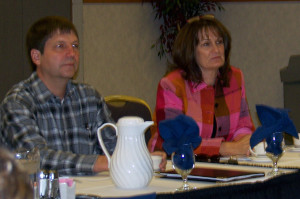 On average, the SAUSA sentences 32 individuals to federal prison each year. The conviction rate for the SAUSA is 95%. Each indictment typically involves distribution of drugs such as methamphetamine, heroin or fentanyl and/or possession or use of an illegal firearm.

In many instances, the prosecutions involve local gang leadership. As there are no Federal Prison’s in Idaho, those sentenced are sent out of State and out of contact with local area gang members. This has had the effect of breaking up gang activity in many instances.

Gang related drive-by shootings occurring in the Treasure Valley were at epidemic proportions. For example, in Canyon County alone, during 2006, there were 284 drive-by shootings. This problem was one of the primary reasons for creating the SAUSA Program.

The parole costs avoided as a result of the program are hard to estimate, but they do exist. The avoided cost of housing, however, is not hard to estimate. The State directly benefits by the number of State Prison beds that would otherwise be occupied by those convicted in Federal court.

The State Prison Costs Avoided as a result of the SAUSA Program grew to an estimated peak of $3.7 million per year in 2016 and averages around $3.2 million per million per year. See the TV SAUSA State Cost Avoidance Report.

The cost of prosecution is extremely difficult to estimate for the SAUSA Program. The cost of prosecution in each County Prosecutor’s office is different. In addition, the SAUSA Program reaches far beyond the Treasure Valley. The Program has prosecuted individuals from 13 different Counties in Southern Idaho and individuals from Malheur and Umatilla Counties in Oregon. 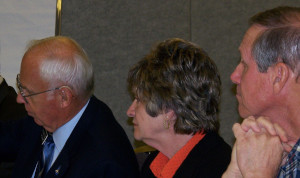 For a fiscal year, the SAUSA Program’s annual budget is $100,000. This is the average basic wages and benefits for a County Prosecutor.

The Partnership share of SAUSA Program costs comes from the annual due’s members pay. The cost of the program amounts to 4.5 cents per person in the Treasure Valley.

Partnership members and staff lobbied the legislature each year to increase state funding for the program. In addition, the Partnership provided annual presentations to the Idaho Criminal Justice Commission and other organizations in an attempt to solidify and increase State funding.

Each year, increasing the State portion of SAUSA Program funding ran into the same obstacle in the State Legislature. It was considered a “Great State of Ada” program and would not gain favor for increased State funding due to this regard.

In October of 2013, the Partnership developed an idea for a State-Wide SAUSA Program and began pitching the concept to overcome the “Great State of Ada” legislative problem.

During the 2016 Legislative session, an Eastern Idaho SAUSA Program had been developed by a coalition of 36 cities/counties in Eastern Idaho. An increase of State funding from $35,000 per year to $70,000 for the Treasure Valley SAUSA and an additional $70,000 for the Eastern Idaho SAUSA passed through JFAC during this Legislative session. The Idaho Department of Corrections supported the increase and the two SAUSA Programs have been a stable budget item since.

During 2014, the Partnership gave presentations on the State-wide SAUSA Program Proposal to Mayors throughout Idaho attending an annual Association of Idaho Cities meeting and gave a presentation to County Commissioners attending that years Idaho Association of Counties meeting. As a result of this effort, representatives from Northern and Eastern Idaho volunteered to promote the concept to local and state elected officials around the State of Idaho.

In August of 2015, the Treasure Valley Partnership, the Idaho Department of Corrections and the U.S. Attorney for Idaho gave a presentation to local elected officials representing cities and counties in Eastern Idaho. The group decided to form an Eastern Idaho Partnership for the purpose of generating local funding for a SAUSA Program serving the jurisdictions in Eastern Idaho.

The Eastern Idaho Partnership ended up obtaining commitment from 36 cities/counties in Eastern Idaho. The group developed MOU’s with the Idaho Department of Corrections and the U.S. Attorney for Idaho and began lobbying the Idaho Legislature for funding. State funding in the amount of $70,000 via the Idaho Department of Corrections budget passed through JFAC during the Spring of 2016 Idaho Legislative session.